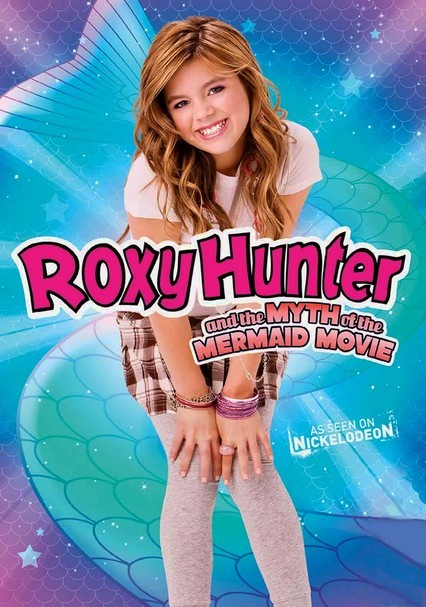 2008 NR 1h 31m DVD
Nine-year-old journalist Roxy Hunter gets the scoop of her young life when her mute new friend, "Annie Nonymous," turns out to be a real-live mermaid! But before Roxy can write the story, she must help Annie recover her memory and get back home.

Parents need to know that the young detective at the heart of this third installment in the Roxy Hunter series is noticeably more mature here than in her two previous stories. She's still highly opinionated, guilty of disregarding rules (she makes some references to skipping school), and in a few instances does bully adults into doing her bidding -- but overall it's her self-reliance, resourcefulness, and dedication to a cause that will make an impression on her female tween fans.

Innocent romance blooms between adults, but there's nothing physical.

Some mild suspense and peril; in one scene, two thugs tie up Roxy and her cohort and set explosives to destroy the building with them in it, but fate steps in to save them at the last minute. A man hits his head and is unconscious for a few minutes.

Roxy sometimes breaks her mother's rules (skipping school, for instance) and is guilty of pestering adults until she gets her way. But she's also a self-reliant, motivated, determined young woman who doesn't let anyone stand in the way of doing what she feels is the right thing.

In one restaurant scene, a man holds a bottle of wine.