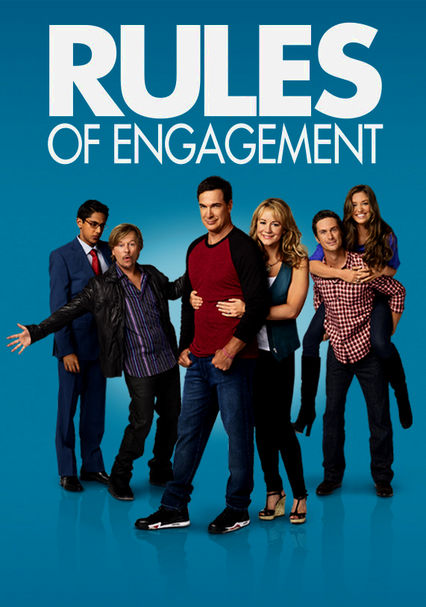 2007 TV-14 3 seasons
Three diverse perspectives on love and relationships are examined in this ensemble sitcom about longtime married couple Jeff and Audrey, the newly engaged Adam and Jennifer, and cynical bachelor Russell.

In the second season of this CBS sitcom, a motley crew of friends who are all at different points on the relationship spectrum seek each other's support in dealing with the ups and downs of dating, commitment and matrimony.

The fourth season of this ensemble comedy finds bachelor Russell still playing the field, while his married pals Jeff and Audrey face their own challenges in love. Meanwhile, Jennifer and Adam continue to prepare for their wedding.

Parents need to know that this relationship-oriented sitcom includes discussions about sex (including one-night stands) and paints a somewhat confusing picture of married life. Lots of humor revolves around stereotypical male-female behavior, homosexuality, and other issues. The bachelor character has frequent liaisons, and viewers see him in bed with different women in sanitized sexual scenarios.

Frank discussion of sex, including one-night stands and subtle references to prostitution. Some scenes in bed before and after sex, without any nudity. Surrogate pregnancy is a theme in later episodes.

Occasionally the men end up wrestling each other, but there's nothing really violent.

Relatively innocuous messages about relationships, though some stereotypes about men, women, romance, homosexuality, and Indians are prevalent.

VAIO computers visible. Labels for foodstuffs like Heinz ketchup and Guldens mustard are visible, but with the logos crossed out.

Frequent jokes about long-married husband's drinking -- the idea being that he drinks to endure his marriage. Frequent social drinking. References are made to getting high.