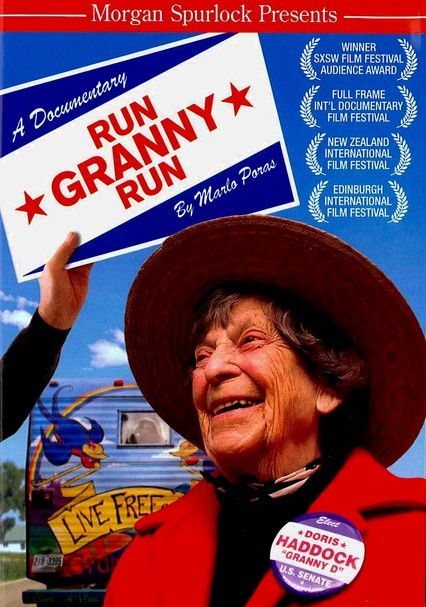 2007 NR 1h 16m DVD
At age 89, Doris "Granny D" Haddock walked across the country in protest of big-money influence on elections. Five years later in 2004, she got a chance to run for the U.S. Senate in New Hampshire. Learn her unlikely story in this engaging documentary. Chronicling the charismatic activist hero in her colorful travels, director Marlo Poras took home the Audience Award for Documentary Feature at the 2007 South by Southwest Film Festival.