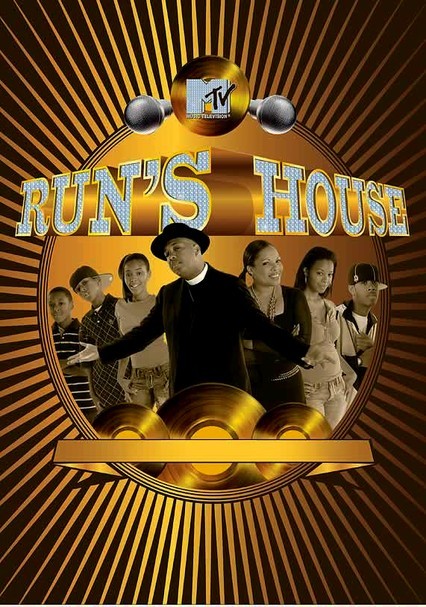 2005 TV-14 1 season
Follow the crazy life of Run DMC founding member-turned-practicing minister Rev Run with this MTV reality show, which chronicles his relationship with his wife, Justine, struggles to reign in his high-spirited kids and efforts to relaunch his career. In their household, Rev Run and Justine use sweetness and patience to squash whatever disagreements flare up, instill positive values within their children and keep their family together.

Rapper Joseph "Run" Simmons of Run-DMC fame has found the Lord and is preaching the gospel -- he prefers to be called "Rev. Run" these days -- but that doesn't mean he's not ready to return to the musical fray. This reality sitcom follows the original rapper as he tries to run his church and his high-spirited household (which includes wife Justine and kids Russy, Diggy, Angela, JoJo and Vanessa) while at the same time making his comeback album.

Parents need to know that this MTV reality show stands apart from most of the channel's programming. The show prominently portrays one affluent African-American family's values and morals. Unlike many MTV shows, there is no sex, language, or violence to worry about.

Parents are involved in kids' lives, assist in motivating and keeping them on track. Positive role models and a relatable family.