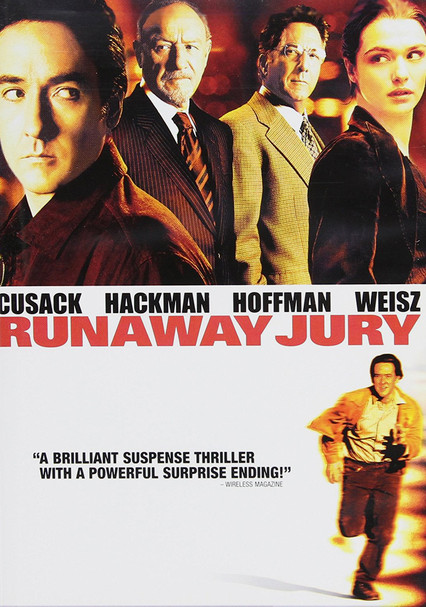 2003 PG-13 2h 2m DVD
In this drama based on John Grisham's best-selling novel, Nick Easter (John Cusack) gets himself on the jury of a landmark case against a gun manufacturer and, as the foreman, tries to influence the other jury members to vote a certain way. Meanwhile, Easter's girlfriend, Marlee (Rachel Weisz), tries to swindle the attorneys (Gene Hackman and Dustin Hoffman) to pay millions of dollars to have the jury return a verdict friendly to their clients.

Parents need to know that this is really not a kid movie subject-wise unless they're already fans of John Grisham. It has some violent and very tense moments, opening with a tragic shooting (off-camera) and describing another. The movie's theme is gun control. There's a violent video game. Characters smoke and drink (one has a drinking problem) and use strong language. A character attempts suicide. Many of the characters in the movie are ruthless and unethical.