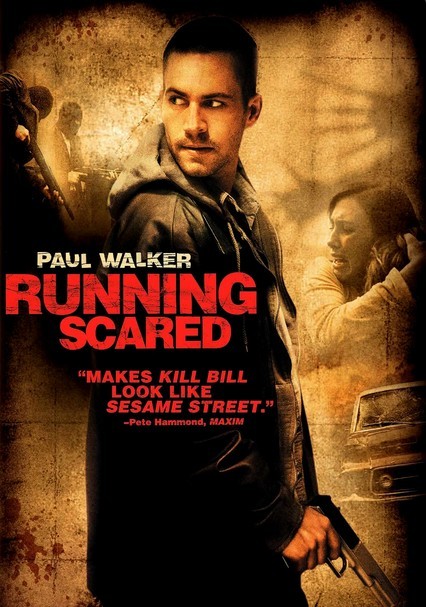 2006 R 2h 2m Blu-ray / DVD
Low-level mobster Joey Gazelle is tasked with disposing of a gun used to kill cops during a drug bust. But when it's stolen by his son's friend and used in another high-profile crime, Joey must find the gun quickly -- or pay the ultimate price.

Parents need to know that this movie is absolutely not for kids. It's determinedly violent and disturbing. Characters include gangsters, drug dealers, junkies, an abusive stepfather, a prostitute and pimp, and a couple who kidnap children to film in pornographic situations: all are explicitly indicated, if not shown on screen; one scene has characters in a strip bar, where a dancer appears in a brief full frontal nudity shot. Murders and abuses are committed with a variety of weapons, including guns, knives, and hockey pucks; characters appear in various states of undress; language is excessive (over 300 uses of "f--k").

A full frontal shot of a female dancer in a strip bar; discussions of prostitution and intercourse; women in tight outfits, including an elaborately made-up prostitute who fights with her pimp on the sidewalk; a well-heeled couple kidnap children to film them in sexual situations (this is not explicit but clearly and disturbingly implied).

Pretty much nonstop: shootings (at film's start, a gang of drug dealers fights corrupt cops, with blood, guns, skewed angles, and fast-cuts; a child shoots his abusive stepfather); knifings; fist fights; an assault with a welding torch; a prolonged assault on our hero with hockey pucks, leaving his face smashed and bloodied; and an explosion set by a house's inhabitant in order to commit suicide.

Some 300 f-words, plus slang for genitals and multiple uses of "ass," "hell" and s-word.