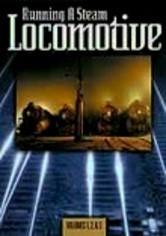 2006 NR 1h 45m DVD
Nothing captures the imagination like trains, especially the powerhouse steam locomotives of yesteryear. This edition of the acclaimed video series introduces viewers to the intricacies of operating passenger locomotives and traces the development of steam-driven trains throughout the 20th century. Novices and experienced enthusiasts alike will thrill once again at the raw power of the mighty iron horse.