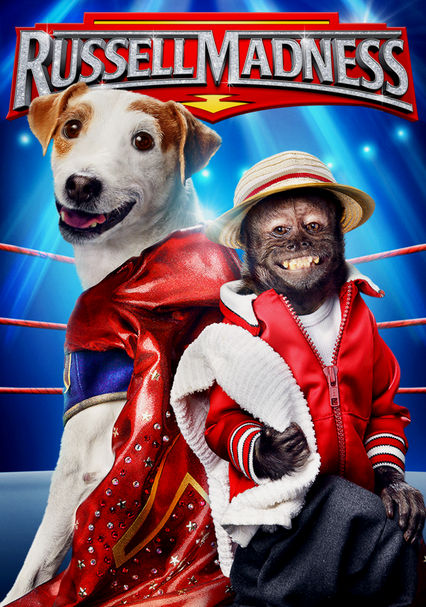 2014 PG 1h 32m Blu-ray / DVD
A tail-wagging comedy-adventure from the creators of Air Bud and Air Buddies. Russell is an undersized but big-hearted terrier who dreams of having a family of his own. After running away from his pet store, Russell gets taken in by the Ferraros, a family desperate to revive their grandfather's pro wrestling arena. That's when they discover their new pet pooch has incredible wrestling skills.

Parents need to know that Russell Madness is another entry in the Air Bud franchise, a series of movies in which adorable talking dogs are endowed with super athleticism. This time around, it's a Jack Russell terrier whose forte is wrestling. Expect plenty of match-related takedowns, airplane spins, atomic drops, and fierce smashes to the mat, as well as shots of dogs peeing and burping. Kids who aren't worried about grown men being thrown, pounded, kicked, and smashed over the head by boards might still be bothered by some scenes in which the dog hero and his monkey accomplice are in danger. Russell is choked, spun and thrown, and slammed, but remains unscathed.