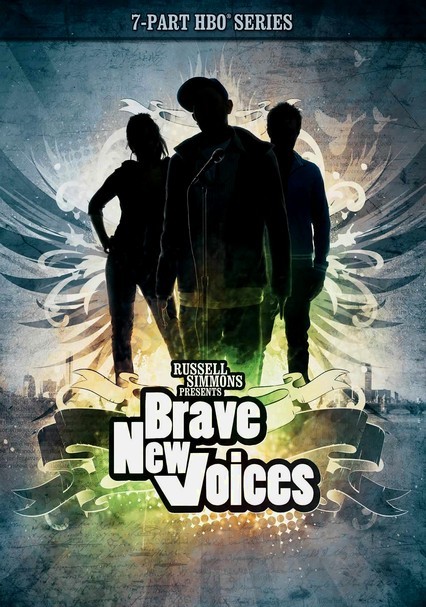 2009 NR 2 discs
Executive producer Russell Simmons cups an ear to capture the passion of young voices in this HBO series following six diverse teams that are prepping for the 2008 Brave New Voices National Youth Poetry Slam Championship. Among the contenders are a Floridian girl fighting sickle-cell anemia, an 18-year-old New Yorker with cerebral palsy and a Navajo Indian who relies on poetry to preserve her culture. Queen Latifah narrates.

Parents need to know that this inspiring series spotlights teens who are writing and performing poetry as an alternative way of coping with difficult life issues like racism, illness, violence, and more. Some of the poems contain rough language (unblepeed, since it's HBO) and occasional racial epithets (including the "N" word). But despite their strong content, the stories are poignant and honest, and overall the series offers very positive messages about using art as way of empowering change.

Some poems deal with teen sexual issues, while others deal with heavy topics like incest.

Poems and life stories often deal with violent themes, including lynching, gang/drug violence, rape, and child abuse. Sometimes the poets may argue or lose their tempers and act aggressively (like punching a wall), but it's never aimed at other people.

Some poems feature strong language, ranging from words like â¿¿suckâ¿ and â¿¿damnâ¿ to â¿¿f--k," "s--t," and the "N" word, as well as other occasional racial epithets.

Teens use poetry and spoken word to empower themselves. The series highlights the importance of mentorship, leadership, and team building. The teens and their mentors are from all over the country and from a wide range of racial/ethnic and socio-economic backgrounds. Several are disabled.

Some poems and personal stories talk about living among drug dealers and/or coping with alcoholics.