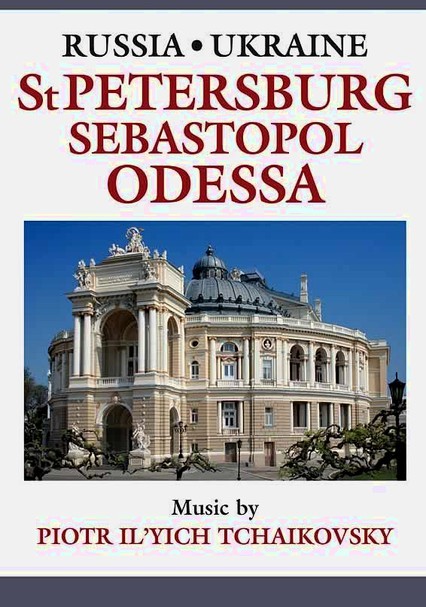 2008 NR 1h 10m DVD
Explore some of Russia's most historic cities with this fascinating musical expedition, accompanied by the music of Pyotr Il'yich Tchaikovsky, the Romantic composer known for his distinctly Russian compositions. Set to the strains of Tchaikovsky's Serenade for Strings in C Major, op. 48 and Violin Concerto in D Major, op. 35 this tour travels from the streets of St. Petersburg to the Ukrainian port cities of Sebastopol and Odessa.