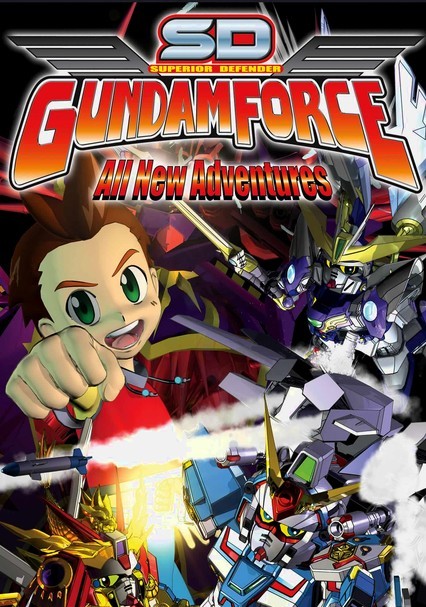 2003 NR 5 discs
Set in Neotopia, this anime series centers around a young boy named Shute, who has helped restore peace to the land after the invasion of the Dark Axis and now travels with the Gundam Force robot army to other dimensions. Using many newfound powers such as teleportation, the Force continues its quest to fight the Dark Axis, hoping to gain freedom for their worlds forever after.