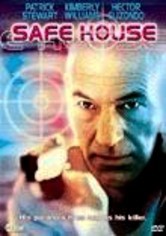 2000 NR 1h 52m DVD
Fearing reprisal for the knowledge he holds, Mace Sowell (Patrick Stewart) is an ex-intelligence agent who once worked for a government hit squad. What's more, he has the goods on a former client -- a man who's now a presidential front-runner. Add another degree of complexity -- Mace is beset with Alzheimer's disease -- and you have anything but another garden-variety psychological thriller on your hands.