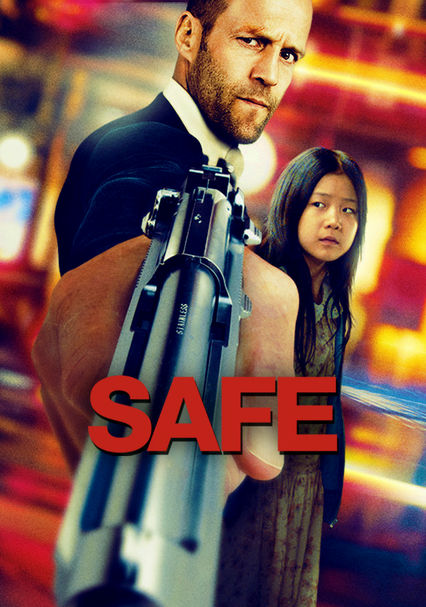 2012 R 1h 34m Blu-ray / DVD
A former cage fighter comes to the aid of a 12-year-old girl kidnapped by ruthless Triad gangsters. Before the rescue is over, the pair will go up against not only her abductors, but also the Russian Mafia and a bunch of corrupt New York cops.

Parents need to know that Safe would be a pretty standard Jason Statham action movie if not for the fact that a 12-year-old girl is present for the movie's dozens of brutal beatings, shootings, and killings -- none of which result in any real consequences for the "good guys." Language isn't constant but does include strong words like "f--k" and "s--t," as well as some racial slurs and cultural stereotyping. The main character seems to have a drinking problem during the first half of the movie, but he's easily able to give it up as the action increases.

The main character's wife is killed off screen during the first few minutes of the movie, and viewers never see them together. No sex talk or innuendo, either.

The violence would be on par with other action movies except for the fact that a 12-year-old girl witnesses dozens of brutal beatings, shootings, and killings and is herself very often in danger. She even picks up a gun herself to shoot a bad guy. The main character used to be a cop and is now a cage fighter.

The main character finds a new lease on life when he learns to care for and protect a young girl. He sees her as a person, whereas other characters are simply after her extraordinary math skills. Unfortunately, in his journey, he kills dozens of men without consequence. There's also some cultural stereotyping, and a character momentarily considers suicide.

An iPhone is used prominently but not mentioned by name. A package of M&Ms is visible in the background in a hotel mini-bar.

The main character seems to have a drinking problem during a down-and-out period -- he keeps sneaking drinks from a flask. But as the action increases, his drinking stops. Other characters are seen drinking socially in bars. The mayor drinks whisky in his office.