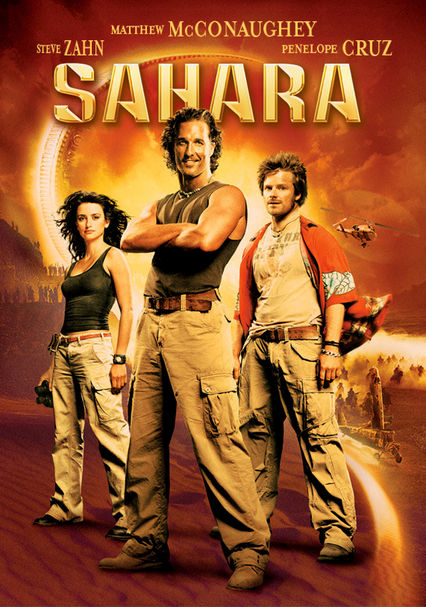 2005 PG-13 2h 3m DVD
While investigating a deadly water-borne epidemic along the Nile River, adventurer Dirk Pitt uncovers a secret dating back to the U.S. Civil War and battles an evil industrialist bent on killing every living thing in the world's oceans.

Parents need to know that this movie has non-stop "action" violence, which means that our intrepid heroes get shot at a lot but never get hit while their own shooting is almost unfailingly on target. Despite the fact that it's based on a book written in the 1990s and includes some positive black characters and a female doctor, the movie has an unpleasantly retro approach to women and minorities, approaching racism in its casual attitude toward killing Africans.

Dated portrayals of women and minorities.