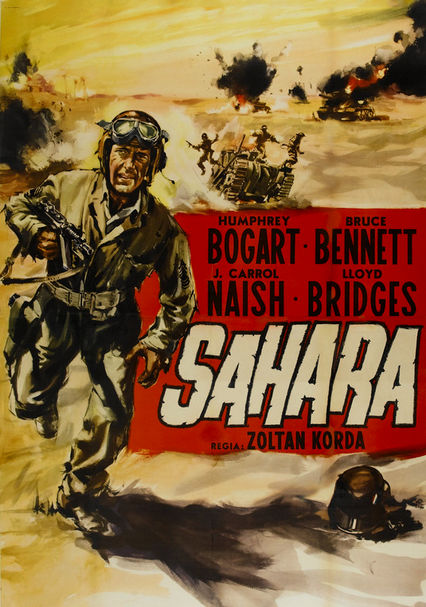 1943 NR 1h 39m DVD
Tank commander Sgt. Joe Gunn (Humphrey Bogart) and his U.S. crew pick up five British soldiers, a Frenchman and a Sudanese man with an Italian prisoner and cross the Libyan Desert in this World War II-set film directed by Zoltan Korda. Heading to rejoin the American command after the fall of Tobruk in North Africa, the group becomes a microcosm of the Allied forces as they work together to defeat a much larger German unit.