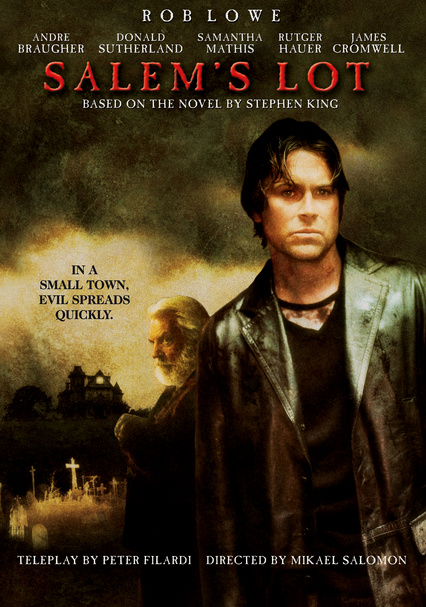 2004 NR 3h 1m DVD
In this horror film based on Stephen King's novel, best-selling author Ben Mears (Rob Lowe) returns to his Maine hometown and finds it overrun by vampires. The prime suspect, at first, seems to be a creepy antiques dealer named Straker (Donald Sutherland). But further investigation reveals that he's just the assistant to the "Big Bad" -- a bloodsucker named Kurt Barlow (Rutger Hauer), who plans to drain the blood and souls of the entire town.