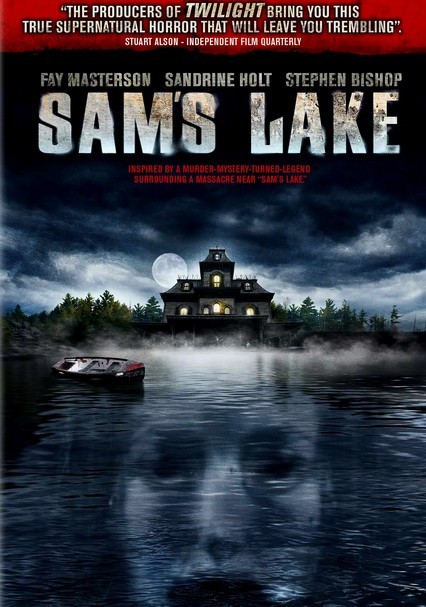 2006 R 1h 27m DVD
In the wake of her father's death, city girl Sam (Fay Masterson) invites a bunch of her pals on a relaxing getaway to the lakeside cottage where she grew up. But once there, they learn of a horrific tale of murder that has haunted the area for decades. It isn't long before our young heroes become personally -- and terrifyingly -- acquainted with the legend of Sam's Lake. This thriller was an official selection at the 2006 Tribeca Film Festival.