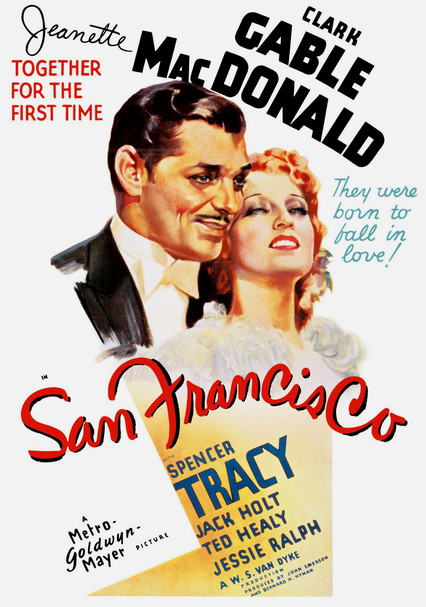 1936 NR 1h 55m DVD
Brash nightclub owner Blackie Norton (Clark Gable) and his talented paramour, singer Mary Blake (Jeanette MacDonald), find their ardent love put to the test when real estate magnate Jack Burley (Jack Holt) steps in to fulfill Blake's dream of becoming an opera singer. In no time, a romantic tug-of-war ensues, culminating in a calamitous battle that rages even as earthquakes and fire shatter the city by the bay.