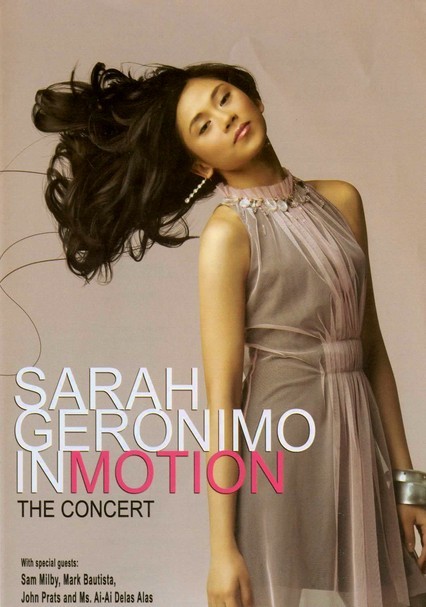 2007 NR 1h 0m DVD
Filipino pop singer Sarah Geronimo puts on a spectacular concert featuring impressive dance routines, a variety of costumes and her biggest hit songs, such as "I'll Be Alright," the breakout single from her album "Taking Flight." In addition to topping the charts and touring internationally, Geronimo has also won fans for her acting in the Philippine soap opera "Bituing Walang Ningning."