Sarah Landon and the Paranormal Hour 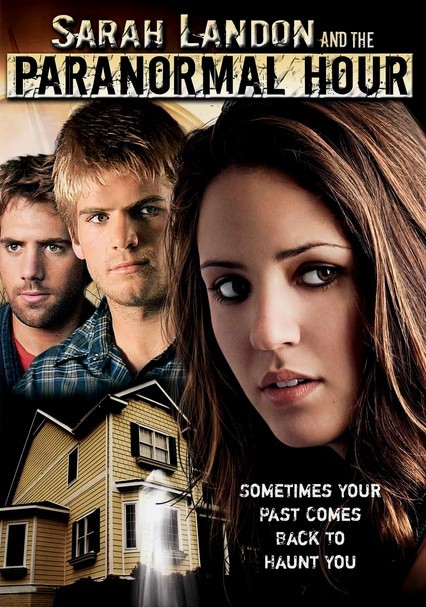 Sarah Landon and the Paranormal Hour

2007 PG 1h 28m DVD
Far from home in the small town of Pine Valley, 17-year-old Sarah Landon (Rissa Walters) finds herself staying in a haunted guesthouse, but that's nothing compared to the horrors she discovers when she unearths the secret of the town's witching hour. Plucky Sarah investigates the spooky mystery involving two brothers, a villainous spirit and the town psychic in director Lisa Comrie's haunting yet family-friendly thriller.

Parents need to know that though this tween-targeted, PG-rated "horror" movie is pretty tame -- there's no serious swearing, just a little kissing, and no real gore -- some parts may still be too scary for little kids. The ghostly special effects aren't sophisticated, but sensitive young viewers may be convinced enough to be frightened. Talk of evil spirits and supernatural rituals may also disturb, as may a scene in which an old woman parades around with a shotgun.

A ghost haunts Pine Valley residents; it steps into the body of an old, unsuspecting woman and proceeds to fire a shotgun at its young target.

A mother goes crazy and emotionally abandons her children, one of whom is being haunted by the ghost of an old man. But his brother and friend work together to save him. An older man berates a young boy because he's suspicious.