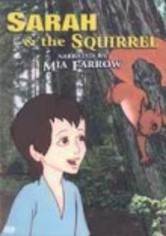 2004 NR 1h 4m DVD
When Nazi soldiers come and arrest her Jewish family from their forest hiding place, young Sarah is left to fend for herself in the woods, with a friendly squirrel and other critters as her only companions. But as she learns the ways of the wilderness, Sarah also discovers an opportunity to join the fight by destroying a vulnerable, Nazi-occupied bridge. Mia Farrow stars in this drama that blends animation and live action.