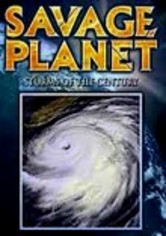 2000 NR 1h 0m DVD
If you thought hurricanes were the worst Mother Nature had to offer, think again: Bigger, badder and far bloodier are extratropical cyclones -- several of which are documented in this hair-raising PBS presentation. Through on-site footage, survivor interviews and expert commentary, this documentary brings to life two of the 20th century's worst storms: the 1993 Gulf Coast disaster and the Great Storm of 1953, which ravaged Northern Europe.