Savage Sinema from Down Under: Sensitive New-Age Killers 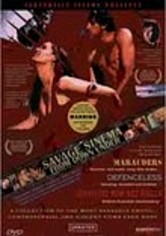 Savage Sinema from Down Under: Sensitive New-Age Killers

2000 UR 1h 24m DVD
After he witnessed a mob hit by a local strong-arm called The Snake, Paul Morris (Paul Moder) pledged his life to contract killing; now, he's suddenly pitted against the same man who once inspired his profession. Australian auteur of controversial cinema Mark Savage has honed his style of raw, unapologetic filmmaking that's generated critical acclaim as well as notoriety in his native Melbourne for its heightened violence and eroticism.