Savage Sinema from Down Under: Stained 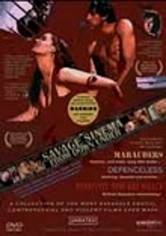 Savage Sinema from Down Under: Stained

2006 NR 0h 35m DVD
Get a look at Australian auteur Mark Savage's haunting cable TV drama Stained (based on actual events involving pedophiles) as well as 13 of his earlier shorts. His macabre short films, such as "The Gardener" and "Hitchhiker Horror," were all shot on Super 8 film with an instrumental score. Savage's raw, unapologetic filmmaking has generated critical acclaim as much as his heightened yet artful use of violence and eroticism has spawned notoriety.