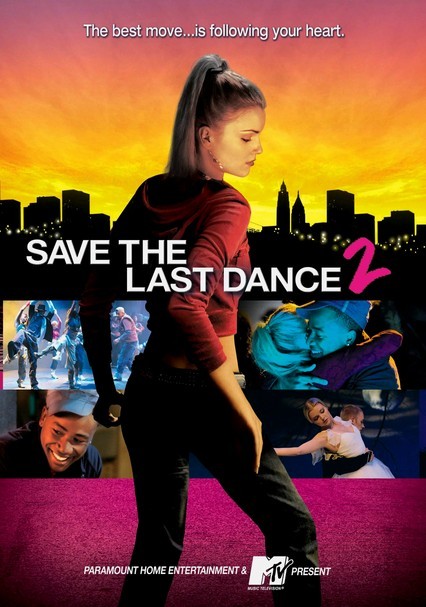 2006 PG-13 1h 22m DVD
Fresh from her experiences at an inner-city Chicago high school, Sara Johnson (Izabella Miko, filling a role originated in the first film by Julia Stiles) begins her first year at Juilliard, where new obstacles await her on the path to becoming a professional ballet dancer. When Johnson meets a guest lecturer (Columbus Short), her attraction to him -- and to the rhythms of hip-hop dance -- tear her away from her studies.

Parents need to know that the main characters, Sarah and Miles, sleep together without ever discussing whether they're boyfriend and girlfriend -- but after they've already started to fall in love. Only arms and legs are visible. There's some drinking by underage teens, and Katrina encourages Sarah to use drugs to be "perfect" enough to be a prima ballerina. But Sarah goes through these things and learns to follow her own muse, not act as the muse of others. She learns to express her creativity and talent, and not hide behind the creativity of others -- a great message for teen girls who might feel insecure about their own talents.

Some talk about "screwing." Zoe makes out with a boy the day she meets him. Sarah and Miles have sex when they're falling in love -- only arms and legs are shown.

One use of the word "bitch" but other than that, clean language.

The film encourages teens to diverge from their parents' wishes for them and find a "new dream." Sarah has to choose between striving for perfection and being herself. She chooses herself.

A few brands, like Vibe, are mentioned in passing, but aren't prominent.

Zoe gives Sarah something to drink but it turns out to be vodka instead of water. Sarah, whom the viewer presumes to be underage, is often seen drinking wine, and takes pills to keep her weight low, sleep, and deal with pain.