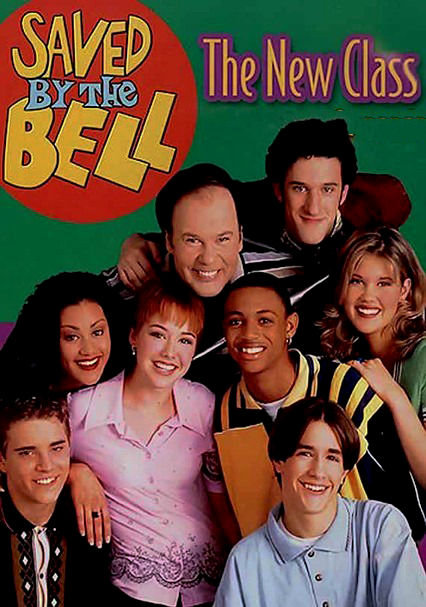 1993 NR 4 seasons
Another generation of students arrives at Bayside High School in this spinoff of the original "Saved by the Bell" teen comedy. Some familiar faces are still around too, including Principal Belding and Screech, who's now employed by the school.

Screech (Dustin Diamond) is back -- but not as the nerdy student who'd give Steve Urkel a run for his money. Instead, he's the nerdy administrative assistant to Principal Belding at Bayside High School. Catch the second season of crazy antics courtesy of the new generation of "Saved by the Bell" teenyboppers. Stars Bianca Lawson, Dennis Haskins, Jonathan Angel, Natalia Cigliuti, Christian Oliver and Sarah Lancaster.

Life's never dull at Bayside High! In the third season of this "Saved by the Bell" spin-off, three new transfer students join Tommy, Lindsay and Rachel for 26 episodes of romance and the usual complications that accompany teenhood. With a big assist from geeky administrative assistant Screech (Dustin Diamond) and Principal Belding, the Baysiders learn some valuable life lessons and -- and share quite a few laughs -- along the way.

After Zack, Kelly, Lisa, Slater and Jessie graduated, the halls of Bayside High got a lot quieter for Mr. Belding (Dennis Haskins). But a new crop of kids (including Salim Grant, Samantha Esteban and Ben Gould) -- and his decision to hire the bumbling Samuel "Screech" Powers (Dustin Diamond) as his assistant -- keeps the old-school antics fresh. The fifth season of this "Saved by the Bell" spinoff takes the gang on a class trip to Paris.

Who ever thought that a Saturday morning spinoff without Tiffani-Amber Thiessen would survive through seven seasons? In the final two installments of this epic high school series, Mr. Belding (Dennis Haskins) and his loyal assistant, Screech (Dustin Diamond), steer the kids toward applying to college. But the arrival of a transfer student (Tom Huntington) who played ball for a rival high school is a distraction they just can't compete with.