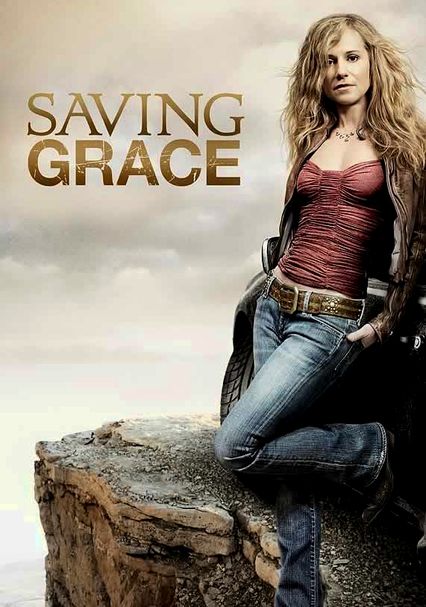 When she's not solving major crimes, fiery detective Grace Hanadarko (Holly Hunter, in an Emmy-nominated role) continues to live a reckless life, drinking heavily and sleeping around. This second season finds Grace facing new challenges from her work, her friends and even her partner (Kenny Johnson). But she's not alone on her troubled path: Earl (Leon Rippy), her unconventional guardian angel, is always there to offer help and guidance.

Oklahoma City police detective Grace Hanadarko has a secret: a guardian angel named Earl who's helping her turn her life around. As the third season of the crime drama opens, Grace races to shut down a meth lab that's producing a deadly toxin.

Parents need to know that this crime-and-faith drama is packed full of adult material that's particularly edgy for basic cable. The very first episode opens with a vigorous sex scene, which -- while key body parts are always hidden -- leaves nothing to the imagination. The main character is sexually promiscuous, drinks heavily, and smokes constantly, but she has a good heart, and the series is about her quest to reform herself (with an angel's help) after she kills someone while driving drunk. She investigates some very violent crimes in her work as a detective, including a child abduction with the possibility of sexual abuse and murder.

Quite graphic sex scenes for basic cable -- though key body parts are always hidden. Off-screen oral sex. Frank discussion of sexual promiscuity. Some scenes of females in bras and underwear.

Crimes investigated include a child abduction, possible sexual abuse, murder, and more. In one episode, a disturbed teen commits suicide; viewers see him throw himself off a high platform and later see photos of him dead, with blood pooled around his head. Grace punches man in face after he sexually harasses her. References to the Oklahoma city bombings.

Pretty much anything goes, except "f--k."

The main character has good heart and good intentions, is loving toward her nieces and nephews, and does good work. She also leads a self-destructive lifestyle, though the theme of the show is her struggle to reform.

Grace drinks and smokes frequently. In the first episode, she kills someone while driving drunk. The theme of the show is her reform, which includes cutting back on her vices.