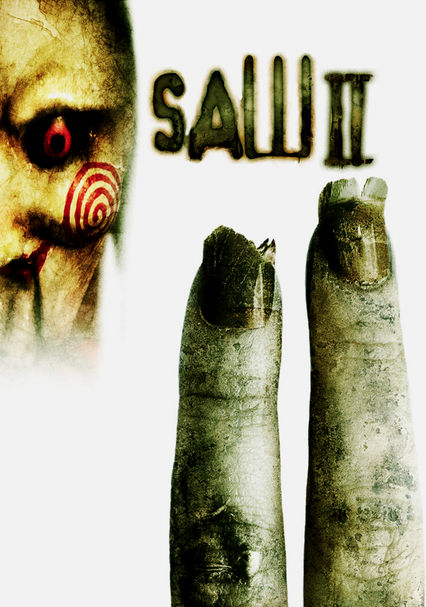 2005 R 1h 33m DVD
Detective Eric Matthews desperately tries to catch notorious killer Jigsaw in this suspenseful sequel that finds Jigsaw staying true to his bloodthirsty M.O. of creating devious plans in which people are forced to kill each other.

Parents need to know that this movie is not for kids. It features gruesome violence, with detailed, explicit imagery of bodies penetrated by sharp implements, shot, burned up, slammed, smashed, punched, kicked, sawed, cut, and dismembered. The movie includes jump scenes and frequent arguments among victims and cops, as well as between the primary cop and the killer, who holds the cop's son hostage. The father and son argue at the beginning of the film, setting the stage for the father's remorse and anger. Characters bleed (lots), vomit, and cough blood. Characters smoke and curse relentlessly; in flashback, one character injects drugs, to demonstrate her addiction. The film also features "extreme" editing, very rough and jaggedy, which in itself may be disturbing for some viewers.

Women wear small, tight tops; one male victim appears in his boxers; reference made to a "door" between a woman's legs.

Gruesome, bloody violence, as serial killer takes out victims one by one.

Frequent cursing, including the f-word.

Killer is vengeful and malicious; father yells at his son; characters cheat and abuse each other out of fear.

Cigarette smoking, intravenous drug use (and character is then dropped in a pit full of needles), a beer bottle appears on a table.