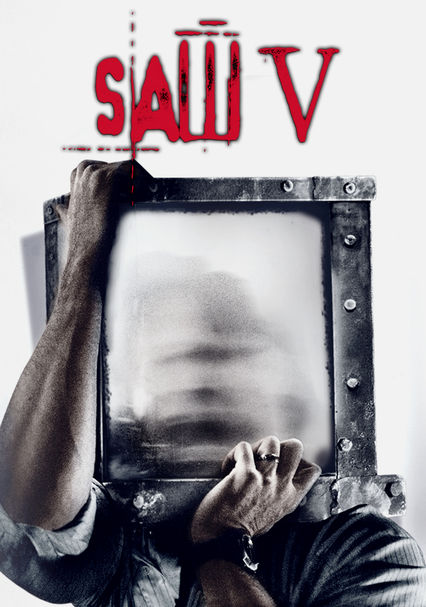 2008 UR 1h 36m Blu-ray / DVD
in this fifth installment of the grisly Saw horror series, forensics detective Hoffman learns that his secret connection to Jigsaw is about to be exposed, so he embarks on a hunt to eradicate everything that links him to the serial killer.

Parents need to know that this "torture porn" horror movie is full of graphic, grisly violence that combines sadistic terror with state-of-the-art makeup and effects. Lots characters are killed in lots of ways, all very graphically and all shown on screen. There are flashbacks to deaths and violence from earlier films in the Saw series and extensive use of crime scene photographs showing dead bodies. There's also some strong language (including "f--k"), but the majority of the film involves sadistic brutality crafted by the film's villain as a series of "games" -- like a sequence in which characters trapped in a room with a bomb must volunteer to place their arms in a box with a saw so their blood will fill a jar; when filled, the jar will trigger the door that leads to safety. That's just one example; there are many, many more.

Some discussion of sexual activity; a corpse is shown with cleavage visible.

Constant, brutal, bloody violence, including beatings, clubbing, shootings, stabbings, and more. Characters are constantly placed in maniacal deathtraps against their will. A woman is decapitated by one of these traps; a man is eviscerated by a pendulum blade; another man is killed by a bomb. A wounded woman is seen convulsing as electrical current is applied to her body. A man is trapped in a box full of razor wire. Blood is sprayed, spit up, and spilled liberally. Dead bodies are seen on screen and in crime scene photographs; throats are slit; people are stabbed with hypodermic needles and sedated against their will; bones are crushed; a man's arms are broken with such force that the bone is seen protruding from the flesh; a man whose head is trapped in a box filling with water self-administers a tracheotomy to survive. A man and woman place their hands on a band saw that splits their arm between the radius and ulna halfway up their forearm; the grotesque wound is shown on screen. People are threatened with guns, nail bombs, electrocution, and more.

A killer frames an innocent man for his crimes; a serial killer traps people in insane deathtraps; discussions of corruption, bribery, arson, and drug addiction.

Characters drink hard liquor, beer, and wine; cigarettes are held -- but not smoked -- on screen. A drug addict character is in the throes of withdrawal and shows his needle marks.