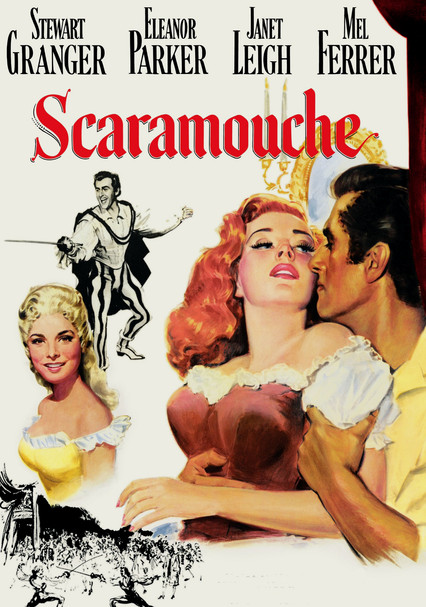 1952 NR 1h 55m DVD
Based on Rafael Sabatini's novel, this 1952 action-adventure stars Stewart Granger as an 18th-century Frenchman who learns how to master the sword so he can realize his vendetta against the man who killed his brother. The film features a legendary six-minute duel that's a riveting display of swordsmanship, along with a stellar cast including Stewart Granger, Eleanor Parker, Mel Ferrer, Janet Leigh and more.