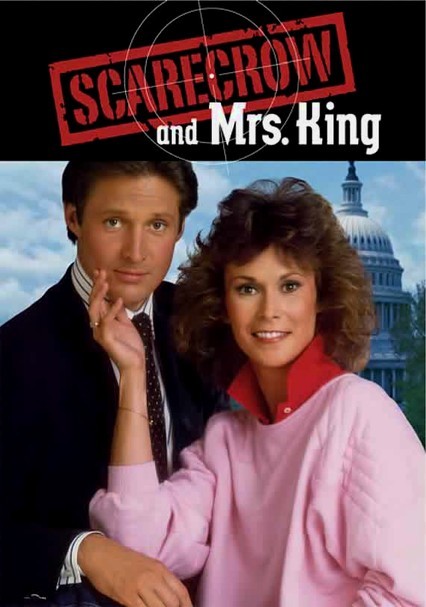 1983 NR 2 seasons
This hit 1980s series takes a witty, romantic look at the world of espionage with the adventures of Lee "Scarecrow" Stetson, who inadvertently entangles divorced housewife Amanda King in his secretive work and discovers that she excels at it.

Housewife-turned-spook Amanda King comes in from the cold when she becomes an official government agent in the third season of this spy series. Also evolving is her relationship with Lee Stetson -- which suddenly takes a turn for the romantic.

Parents need to know that there's some low-level physical violence (including punching and kicking), but no blood, along with explosions and use of firearms that result in occasional deaths. There's also light romantic tension between the two main characters that eventually results in some onscreen kissing. You'll see social drinking, too, but it's mostly in the background. The female character is often put into stereotypical roles.

Some physical fighting (including punching and kicking), but no blood. Also bombs, explosions, and use of firearms. Deaths occur, although not in a graphic way.

In general, the show stresses the importance of teamwork and the potential for men and women to work well together, while subtly hinting that you shouldn't underestimate someone's value or intelligence. But there are also some dated stereotypes regarding women's interests and abilities.