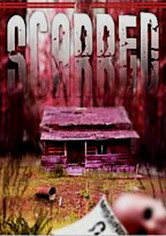 2004 NR 1h 12m DVD
On the first anniversary of his daughter Jen's disappearance, Bill Conrad visits the site where she was last seen. Once there, he meets a stranger named Andy (Neville Millar) who says he knows Jen and promises to lead Bill to her. Bad idea. As Bill follows Andy into the woods, he enters a nightmare he could never have imagined. Shiv Nagpal and Rebecca Scales co-star in this gory spine-chiller directed by Steve Looker.