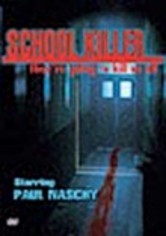 2001 NR 1h 30m DVD
Jacinto Molina, Carlos Fuentes and Carmen Morales star in director Carlos Gil's creepy film about an angry spirit's determined attempts to frighten any unwanted visitors in his chosen abode. In this case, his haunting grounds are an old building that formerly housed the school in which he served as a security guard. One day, he snapped, embarking on a rampage that would leave many dead and his soul disturbed and directionless for years.