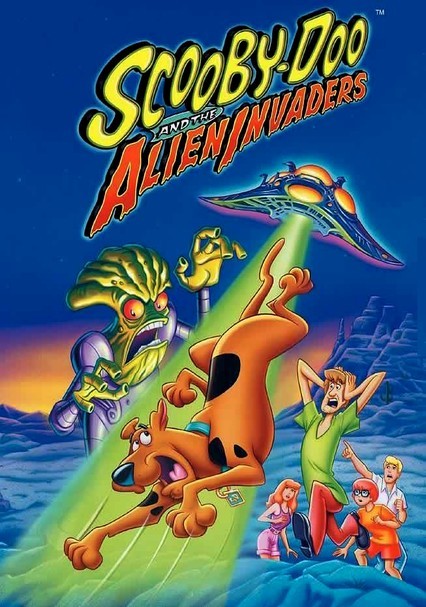 2000 NR 1h 12m DVD
Like, look out, Scoob -- extraterrestrials are on the loose! Shaggy, Scooby and the rest of the gang get more than they bargained for when the Mystery Machine stops in a desert town that's gone UFO crazy. Before they know it, Scooby and Shaggy are having an encounter that's a little too close for comfort!

Parents need to know that Scooby-Doo and the Alien Invaders is exactly what you'd expect from a Scooby-Doo movie with some mild scares and madcap chase scenes. One scene stands out where Scooby-Doo and Shaggy are supposedly abducted and told that they will be released after a physical exam; they're chased about with a Taser, then wake up in the middle of the desert. Also expect the usual overeating where Shaggy and Scooby-Doo are concerned -- one time Shaggy even eats a whole plate of food that's fallen on the floor in a few seconds.

Some kisses between Shaggy and Crystal.

Scooby-Doo and Shaggy think they are abducted by aliens. Wires are hooked up to their heads on a ship and they're told that they will be released after a physical examination. They're chased around with something that looks like a Taser, and then they pass out and wake up in the desert. Another character claims that aliens experimented on him, and there's talk of cattle vanishing outside of town. Government workers draw guns but don't fire. Fred, Velma, and Daphne are caught in a net suspended over a big drop. More chases at different times: through the desert at night and with bulldozers in a cave.

Like all Scooby-Doo adventures there's value placed in getting to the bottom of every mystery and bringing wrongdoers to justice.