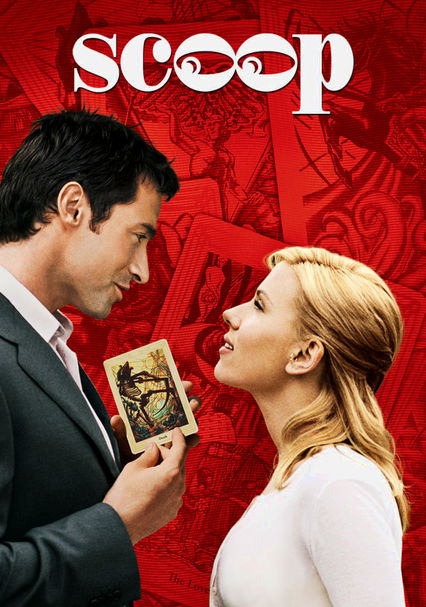 2006 PG-13 1h 36m DVD
While visiting friends in London, American journalism student Jade Spence beats out Britain's top reporters by exposing a story involving murder and magic. But just as the story heats up, so do things between Jade and a hunky aristocrat.

Parents need to know that this movie will probably bore younger teens, since it's paced for the more mature Woody Allen fan. The plot turns on discovering the identity of a serial killer, although it's treated lightly -- if that's possible (it is a comedy...). There's an off-screen murder signaled by a woman's scream. Another near-murder involves a fight on a small boat. And still another death occurs off screen, a car crash signaled by a loud noise. Characters lie, break into locked rooms, and pilfer objects. Characters drink and smoke cigarettes.

College journalism student sleeps with her interview subject (off-screen, though she talks about it as a mistake); kissing, post-sex sleeping in same bed.

Serial murders at center of mystery; girl pretends to drown to get a man's attention; woman screams off-screen as she is strangled (people on street react in horror); car crash off-screen kills a central character; two protagonists fight as one tries to drown the other.

Journalism student lies about her identity; her love interest may be a serial murderer.

Some smoking and drinking of champagne/liquor at parties; Sondra says she slept with a film director because she was "so drunk."