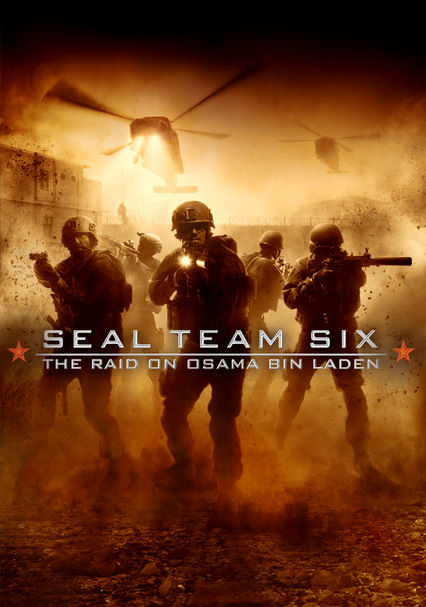 2012 NR 1h 29m Blu-ray / DVD
In this action-packed adventure, the members of U.S. Navy SEAL Team 6 train for a critical mission, initially unaware that their efforts will culminate in a daring nighttime raid on Osama Bin Laden's compound.

Parents need to know that the docudrama Seal Team Six, which tells the story of the mission to kill Osama bin Laden, contains lots of violent images, ranging from gun fire and suicide bombings to archival footage of terrorist acts, including 9/11. There's some strong language ("bitch," s--t," "f--k") as well as an image of a woman in her underwear. Smoking and drinking is frequent, too. The movie has been in the news for the producers' decisions to more prominently feature President's Obama's role in the killing of bin Laden, which is seen as a politically motivated move.

Some very limited sexual references and images, including an image of a woman in her bra.

Contains explicit images of people being shot, blown up by suicide bombers, and being hurt/killed in other violent acts. It also contains news footage of terrorist-related attacks around the world, including 9/11. Discussions of torture and other violent behaviors/events are also frequent. Arguments sometimes break out between between the Navy Seals and other folks.

The series seeks to pay homage to the people who helped the military hunt and kill Osama Bin Laden. It also contains politically motivated images that underscore President Obama's positive role in the overall mission.

Coca Cola products, GMC trucks, and Mercedes-Benz logos are visible, but not prominent.