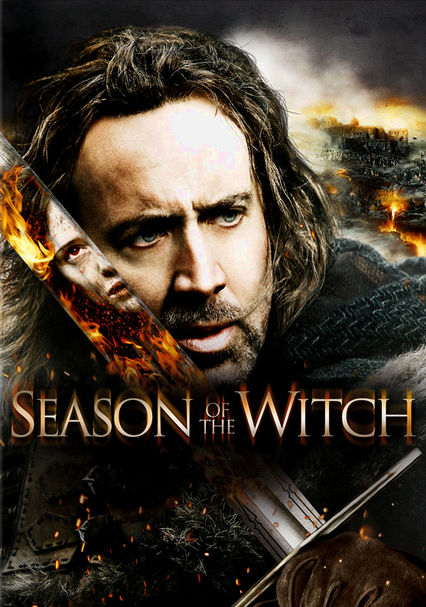 2011 PG-13 1h 53m Blu-ray / DVD
In 14th-century Europe, a courageous knight leads a group of weary warriors across impossibly treacherous terrain in order to transport a suspected witch believed to be responsible for spreading the devastating Black Plague.

Parents need to know that this Nicolas Cage adventure/fantasy -- which has both horror and action elements -- has plenty of fighting and violence, including violence toward women, some scary stuff, and horrific images of Black Plague victims. There's also a little language (including one use of "s--t") and minor nudity and drinking. Although overall it's not a particularly good movie, it does have some interesting, even educational facets -- including details about the Black Plague and the witch trials of the 14th century. (It's worth noting that this film has nothing to do with George A. Romero's 1973 movie Season of the Witch.)

A young woman is seen lying on the floor, naked, but no sensitive body parts are shown. The heroes are briefly seen celebrating in a tavern, with wenches sitting on their laps.

Heavy fantasy violence, with scary images of demons, witches, zombies, and possessed wolves. Also swordfighting and some blood, with lots of dead bodies. Violence is committed against women, including beating and hanging. The movie takes place during the Black Plague, and there are several horrific victims covered with terrible sores.

The movie has negative things to say about churches -- i.e. that they willfully murder entire armies in the name of God. The hero quits this service to live what is portrayed as a more spiritual life, one in which he can consider God's more forgiving side. He works hard to overcome the sins of his past. He slips from time to time, but his path is overall a good one.

One character carries a flask and drinks from time to time. One quick shot of the two heroes celebrating, drinking in a tavern after a battle.