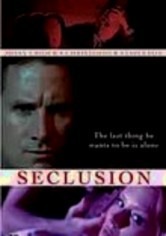 2006 NR 1h 30m DVD
Preparing for a big speech, Congressman Robert Hamilton (Christopher Stapleton) retreats to a mountain cabin with his sexy aide, Corin (Missy Crider), who seduces her politician boss. But when Corin mysteriously disappears, Hamilton must face her husband and his own wife. Will the truth of what happened be discovered before it's too late? Directed by Steve Mudd, this taut thriller also stars Chris Gann and Catherine Sheehan.