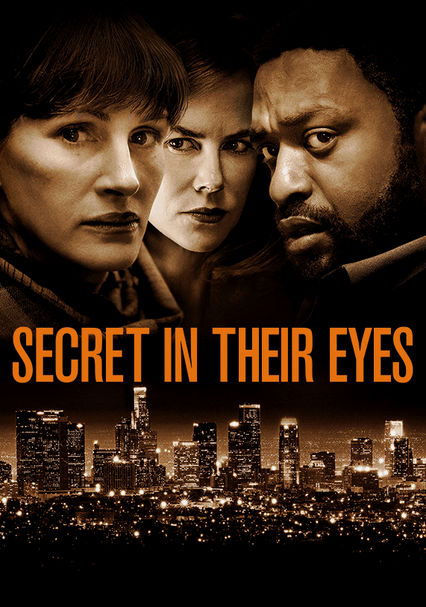 2015 PG-13 1h 52m Blu-ray / DVD
Thirteen years after a colleague's daughter is savagely murdered, former FBI investigator Ray remains haunted by the unsolved case. But as he gets close to nabbing the killer, Ray unearths a shocking truth that casts a different light on past events.

Parents need to know that Secret in Their Eyes is a thriller about a very personal murder; it's a remake of the same-named 2010 Best Foreign Language Oscar winner, and both films were based on a novel by Eduardo Sacheri. There's violent imagery, including a dead body and some chasing, beating, and intense fighting, with a little blood shown. Guns are used, and characters die. Characters flirt, and there's some strong sexual innuendo and imagery that objectifies women. Language includes one use of "f--k," plus "s--t," "bitch," and more. The film has some big stars -- including Julia Roberts and Nicole Kidman -- but it's not very engaging, and younger teens probably won't be interested.

Flirting between one character and another who's married; a kiss on the cheek. A character shows his penis to both a man and a woman (nothing graphic seen). Some strong innuendo. Some imagery that objectifies women. A man accidentally rips a woman's blouse; some cleavage shown.

Motivations that seem selfless can also be somewhat selfish.