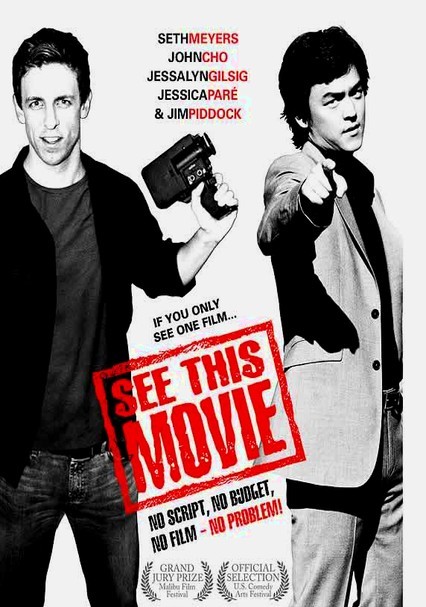 2004 R 1h 23m DVD
After conning his way into the prestigious Montreal World Film Festival, aspiring auteur Jake Barrymore (Seth Meyers) -- a top graduate from Three-Day Film School -- has one small problem: He still has to write, fund and produce a film in time for the official screening. But with the help of his producer (John Cho), his burned-out "mentor" (Jim Piddock) and his ex-girlfriend (Jessalyn Gilsig), Jake just might prove to be the next Spielberg.