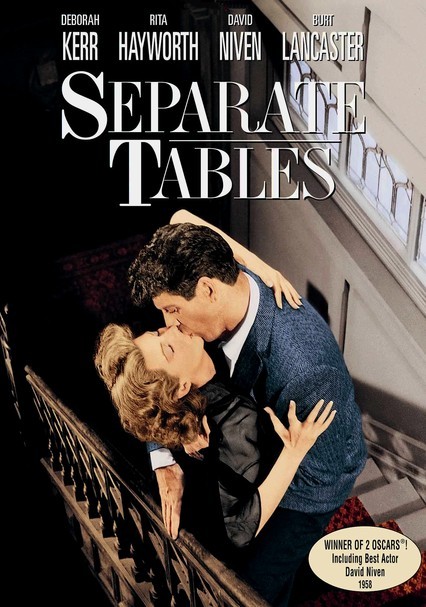 1958 NR 1h 40m DVD
Lonely characters staying at an English hotel try to connect with one another. Maj. Pollack (David Niven, who won an Oscar for his role) likes to reminisce about acts of heroism in WWII. Sybil Railton-Bell (Deborah Kerr) is a repressed spinster ruled by an oppressive mother. John Malcolm (Burt Lancaster), a cynical writer, is surprised by the sudden arrival of his ex-wife (Rita Hayworth). But Wendy Hiller (who also won an Oscar) steals the show.