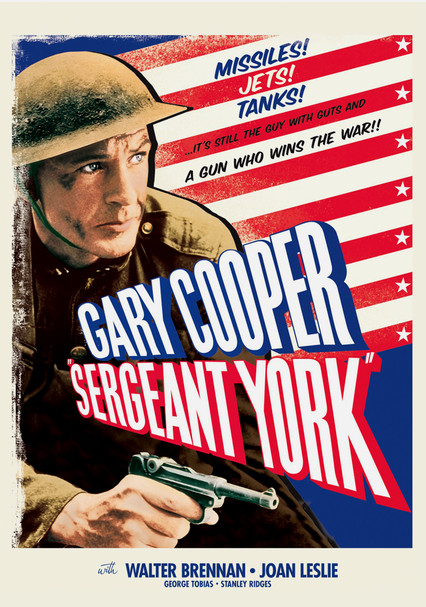 1941 NR 2h 14m DVD
In a career-defining performance that earned him his first Academy Award, Gary Cooper stars as Alvin York, a poor Appalachian pacifist drafted into World War I. Placed in an impossible position, York single-handedly captures an entire enemy platoon and becomes a national hero. This World War II-era Hollywood classic based on the real-life war hero received 11 Academy Award nominations, including one for director Howard Hawks.