Sesame Street: Put Down the Duckie 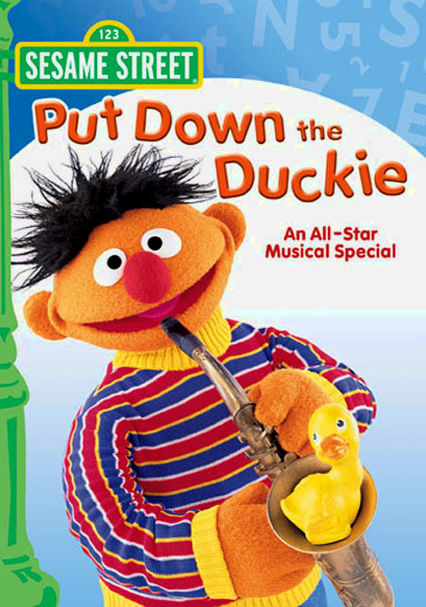 Sesame Street: Put Down the Duckie

1994 NR 0h 44m DVD
Ernie wants to learn the saxophone, but he can't do it while holding his beloved rubber duckie. Enter an all-star cast, including Madeline Kahn, Paul Simon, Ladysmith Black Mambazo and Danny DeVito, to encourage Ernie to "Put Down the Duckie." There's more musical fun on tap as Ralph Nader, James Taylor, Phil Donahue, Barbara Walters and Gladys Knight and the Pips join the "Sesame Street" gang in this prime-time extravaganza.