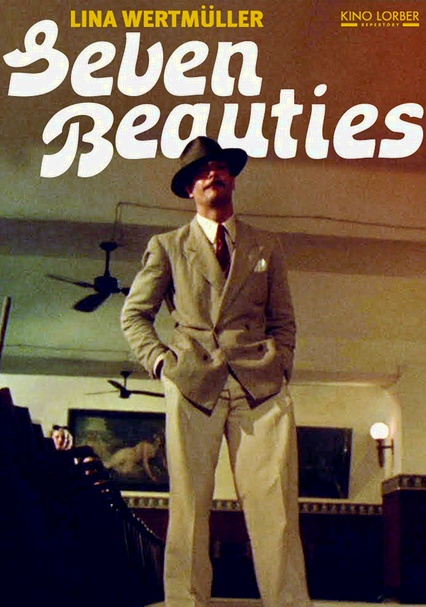 1975 NR 1h 55m DVD
In World War II Italy, a second-rate pimp (and gangster wanna-be) with seven sisters lands in a German concentration camp. He encounters the ultimate test of his way with the ladies: a brutal female commandant he must seduce in order to live. At once hilarious and horrifying, this study of survival received Oscar nominations for Best Actor, Foreign Film and Director (Lina Wertmueller, the first woman ever nominated for directing a feature).