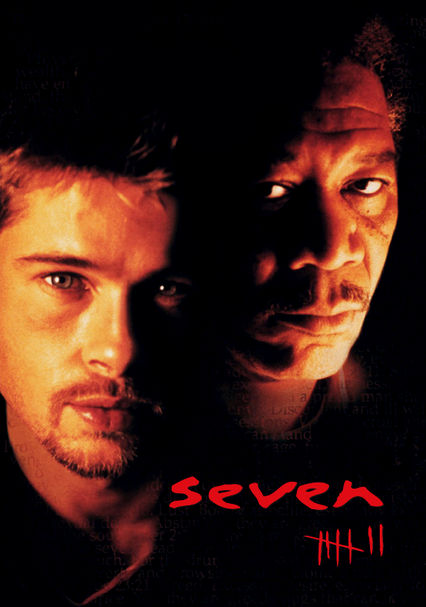 1995 R 2h 7m Blu-ray / DVD
A seasoned homicide detective and his new partner are on a desperate hunt for a serial killer whose gruesome crimes are based on the Seven Deadly Sins: greed, gluttony, sloth, lust, pride, envy and wrath.

Parents need to know that this film contains graphic depictions of the aftermath of grisly murders involving the seven deadly sins. While none of this takes place on-screen, the vivid descriptions prove to be nearly as chilling. For example, an obese man is forced to eat until his stomach bursts. A man is forced to kill a prostitute by stabbing her reproductive organs with an 8-inch knife. A beauty queen's face is cut off. A lawyer must cut out his own stomach. A police officer's pregnant wife is beheaded. In the end, the line between good and evil is blurred, with evil more or less coming out on top.

Though justice is said to be "worth fighting for," the world is so bleak and full of horror that this doesn't seem believable.