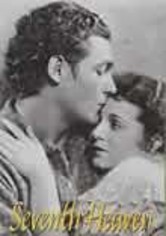 1927 NR 1h 58m DVD
In this sentimental silent drama helmed by Frank Borzage, Parisian sewer worker Chico (Charles Farrell) comes to the defense of poor waif Diane (Janet Gaynor), whose absinthe-addicted sister (Gladys Brockwell) is exploiting her. Chico soon falls in love with Diane -- if reluctantly -- and they tie the knot, but their joy is cut short as World War I sends Chico off to battle. Gaynor and Borzage chalked up Academy Awards for their superb work.