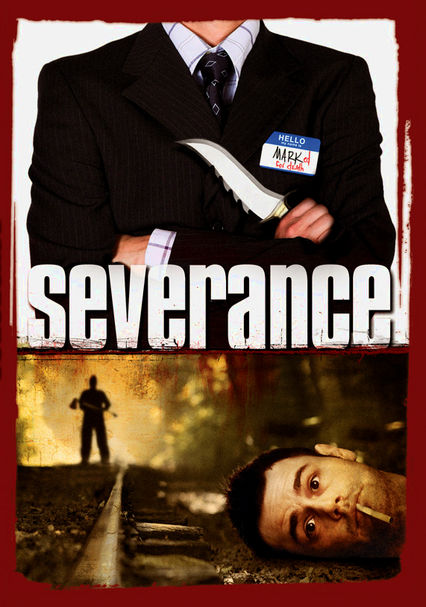 2006 R 1h 30m DVD
En route to a team-building retreat at a remote lodge in Hungary, a sales group employed by an international weapons company unexpectedly crosses paths with a band of vengeful, psychotic commandos.

Parents need to know that this bloody horror-comedy isn't for kids. It's full of explicit, grotesque violence and outrageous injuries (decapitation, a severed leg); weapons range from knives, guns, and ropes to missiles, hatchets, and bear traps. Also watch out for naked breasts (and one naked male bottom) and some brief-but-boisterous sex play when the boss cavorts with sex workers. Foul language includes "f--k" and "s--t," and characters smoke (one thin woman who's concerned about her weight opts for cigarettes instead of food) and use drugs, including Ecstasy, mushrooms, and pot.

Several scenes show strippers with breasts exposed; a man's naked behind; sexual remarks (a woman will "ride you like Seabiscuit"); sexual slang ("c--k," "winkie"); joke about a foursome.

Corporate team members range from greedy and selfish to sweet and community-oriented; villains remain hidden by masks and are especially vicious.

The movie is about a corporate sales team that revels in profiteering. Also, references to Hilton hotels, Bacardi, and Rambo.

Cigarette smoking, plus drug use (Ecstasy, marijuana, magic mushrooms) that results in delirium.