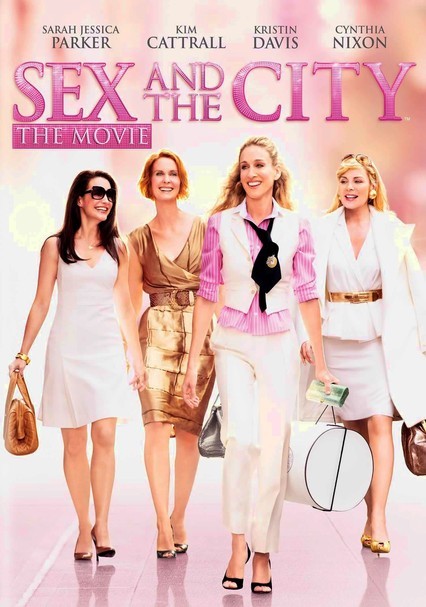 2008 R 2h 25m Blu-ray / DVD
In this big-screen continuation of the hit series, Big proposes to Carrie, but the groom's cold feet threaten to ruin their relationship forever. Meanwhile, Miranda leaves Steve after he confesses to a fling, and Charlotte gets some big news.

Parents need to know that this comedy is based on HBO's hugely popular series Sex and the City TV series, which has garnered quite a following among teens thanks to DVDs and edited reruns in syndication. The movie is very similar to the unedited version of the show -- meaning that while it's warm and endearing (for the most part), it's also quite raunchy. There's plenty of frank talk about sex, sometimes in front of a child (though the characters use a euphemism to shield her from their usual saucy banter). There's also a fair amount of partial nudity (both female and male, including breasts and butts), a brief male frontal shot (or, rather, a glimpse of the front from the side), and characters shown in various sexual positions. Also expect lots of salty language, a good bit of drinking, and piles of high-end brand names and products. But, all of that said, just like the series, the sex and shopping aren't really the point here -- the women's friendships are.

A woman hits a man over the head with a bouquet. Otherwise, just lots of emotional sparring.

As with the HBO series, colorful and uncensored, including everything from "bitch," "a--hole," and "dick" to "bulls--t" and "f--k." But not as frequent as in some other R-rated comedies.

Although threre's plenty of iffy behavior, the movie has a very warm heart beating at its center (in the form of the foursome's enduring friendship), and the characters' misdeeds aren't borne out of malice but are the result of human frailty. In the end, everyone is supportive of each other and, above all else, honest.

Hello, product placement. Rather than ask what was included, better to consider what wasn't. Expect a parade of Louis Vuitton purses, Manolo Blahnik shoes, Chanel dresses, Tiffany boxes, a Vivienne Westwood wedding dress, Skyy vodka, Vitamin Water, and more -- the name-dropping and label-flashing stops for no one.

Frequent social drinking and some smoking (cigars, outside a bar after a celebration). One of the characters slides into a funk after suffering a major heartbreak and self-medicates with alcohol.