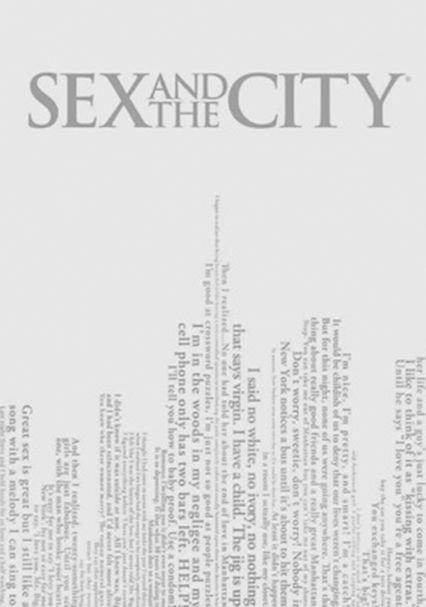 The first season of HBO's Emmy Award-winning comedy series introduces Sarah Jessica Parker as Carrie Bradshaw, a journalist who draws on her personal experiences (and those of her friends) for her column about New Yorkers' curious mating habits. With Charlotte (Kristin Davis), Samantha (Kim Cattrall), Miranda (Cynthia Nixon) and fabulous wardrobes, Carrie & Co. confront love, footwear and what it means to be a single woman in modern Manhattan.

The second season of this smart, savvy HBO comedy series continues to captivate audiences and win awards. While Carrie (Sarah Jessica Parker) tries -- with varying success -- to take her relationship with commitment-phobic Big (Chris Noth) to the next level, Miranda (Cynthia Nixon), Charlotte (Kristin Davis) and Samantha (Kim Cattrall) date a unique, comical cast of characters as they navigate the neuroses of the Manhattan singles scene.

The fab foursome in this creative, Emmy Award-winning comedy return for a fourth season that's even fresher, funnier and more tastefully dressed than the first three. Carrie (Sarah Jessica Parker) wrestles with choosing between Big and Aidan; Charlotte (Kristin Davis) and Trey try, and fail, to conceive; Samantha (Kim Cattrall) explores lesbianism (among many adventures); and Miranda (Cynthia Nixon) gets pregnant. Welcome to life in the city.

The fifth season of this Emmy-winning smash hit may be abbreviated, but Carrie (Sarah Jessica Parker), Miranda (Cynthia Nixon), Samantha (Kim Cattrall) and Charlotte (Kristin Davis) pack these eight episodes with their sharp wit, high fashion and cool relationship musings. As the gang adjusts to Miranda's baby, Charlotte faces single life, Carrie wonders if there will ever be a love post-Aidan, and Samantha sorts out her tangled romantic world.

Carrie (Sarah Jessica Parker), Samantha (Kim Cattrall), Charlotte (Kristin Davis) and Miranda (Cynthia Nixon) get together for one last hurrah in their sixth season. These first 12 episodes (out of 20) of the final round of HBO's Emmy-winning series find the foursome balancing romance and laughter as Carrie is broken up with via Post-It, Miranda gets addicted to Tivo, Charlotte converts and Samantha finally finds true love ... maybe.