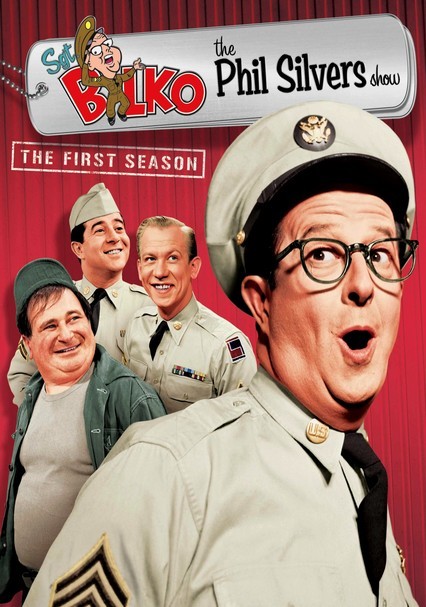 1955 NR 5 discs
Master swindler Sgt. Ernie Bilko (Phil Silvers) conducts war games of the profiteering kind in the bucolic confines of Fort Baxter Army base in this golden TV oldie, while post commander Col. John Hall (Paul Ford) serves as Bilko's eternally befuddled target. In the Emmy-winning show's debut season, Bilko leads his men in a succession of sure-to-misfire maneuvers, from an eating contest to a singing competition to opening a bar and grill.